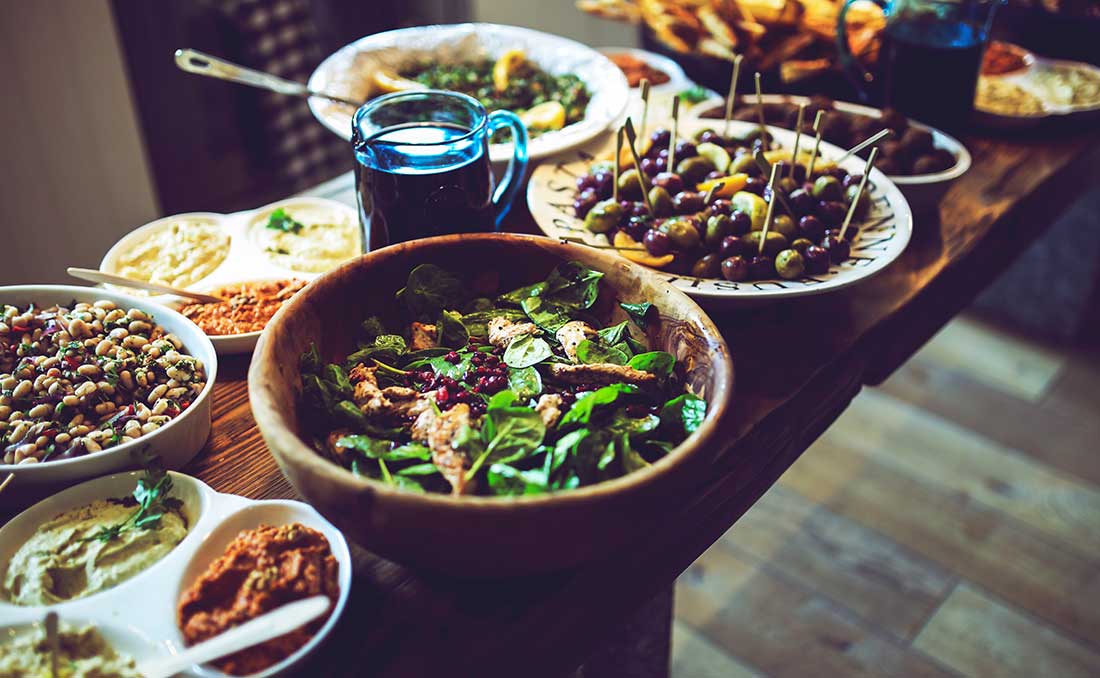 Skopelos is a beautiful island surrounded by some beautiful waters. And it has its own special and very delicious cuisine too. There are some special things that are the main highlights of Skopelos cuisine.

The people of Skopelos love cheese, pies, and olive oil. Skopelos has a very delicious cuisine, it has its own unique taste and the pies that are made here are not found anywhere else.

Olive oil is a very main ingredient of the Skopelos cuisine. It is a very important part of the daily diet of people on this island. It won’t be wrong if it is said that olive oil becomes a part of every dish that is cooked. But the cooks are very particular in how they add olive oil to their dish, it must taste just right. Olives are also a very important part of Skopelos cuisine.

Olives are used in both fully ripened and unripened stages.

Cheese is also a favorite of Skopelos people. One of the favorites is the feta. It is a semi-soft, white cheese that has been made with goat milk. It is a crumbly cheese which gives a very beautiful texture to the dish that it is used in. It is mostly used in pies, including the cheese pie and some other vegetable pies. It is also added to different salads and sometimes also served as a side snack with meals.

The people of Skopelos love pies, they make all kinds of pies. The cheese pie is the favorite of all. It is not a real pie, it is rather a deep fried spiral of cheese stuffed phyllo dough. This pie is made 15cm in diameter and has a height of 3cm. It is one of the most delicious pies that are made by the people of this island.

Honey is also a very important part of Skopelos cuisine. The honey that is used in this cuisine mostly come from conifer trees. It is also collected from flowers from the nectar of fruit trees and wildflowers. These ingredients tell us that the people of this island love sweets and pies and cheese.

Skopelos is famous for its pies and all these pies are made from fresh ingredients. In the delirious cheese pie, you will also find traces of traces of strawberries and almonds. These combinations make up some of the best pies I ever tasted.

The taste and texture just shows how much the people of Skopelos love food and their pies.

The very famous “avgato” spoon is made from the very juicy Skopelos plums together with a light syrup. This is a very traditional cuisine and has been made in the same way for years. It has been a favorite cuisine for generations.

Chaimalia is also amongst the traditional Skopelos products, it is a local pastry that is made with almonds and it is also served at all the celebrations.

Skopelos cuisine is a very versatile and very delicious cuisine. It has its own unique taste and essence. If you ever visit Skopelos the cheese pie is something that just cannot miss. It’s straight from the heavens!